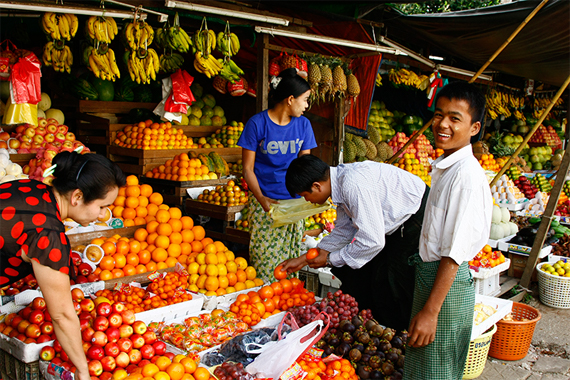 Myanmar is a multinational country which has more than 130 ethnic minorities. By the time the first National Democratic Federation (NLD) won in the 2015 general election, the first democratic regime was born. Myanmar, which applied the closed economic policy for a long period of time, by largely steering the economic with liberalization, has become a worldwide attracting market which is also called as the "Asia's last Frontier". Actually, the relationship between Japan and Myanmar is very good, as in the biggest city, Yangon, you can find a lot of Japanese language schools everywhere. Although various reasons can be considered, some of that is the Japan had helped in the independence of Myanmar when it was under British colony on the World War II, and also the fact that Japan and Myanmar signed the earliest treaty of peace right after the war that brought good influence on diplomacy in the future. Moreover, from the similarities between Japan and Myanmar brought up by Buddhism and historical background that traditional friendship exists. 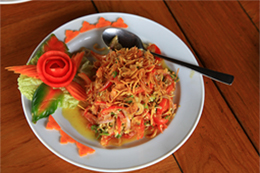 Myanmar is sandwiched between India and China, so there is a dish that combines the influence of both countries in food culture, which includes the spicy of Indian cuisine and the greasiness of Chinese cuisine. Rice is the main food, but there are many Indica rice with elongated shape, and Japanese rice is not much seen in Myanmar. Because fried dishes using various oils, fried rice and fried vegetables are very delicious. However, some Japanese people have stomachache because of the greasiness and tastefulness of Myanmar food. For people like that, please try Shan food. The noodle dish "Shan noodle" which took out the fish's soup is crisp and full of nutrition. It is very tasty! 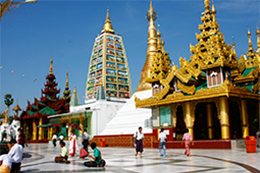 About security and safety aspects

Security is much better than other Southeast Asian countries, it’s rare for people to be involved in heavy crimes or general crimes. In Myanmar, the foreigners are pictures as rich people, in particular, Japanese people have strongly established such impression, but there are no reports of sleeping drug robber or cheating gaming which usually happened in other Southeast Asia. In 2013, the number of foreign national embassies in the neighboring countries is pretty high, including 1,216 in Thailand, 770 in Philippines, 240 in Ho Chi Minh, comparing to Myanmar with less than 200. Of course, it is necessary to be careful on their own so that Japanese people do not get involved in crime when traveling, but the risk is very low compared to other countries. 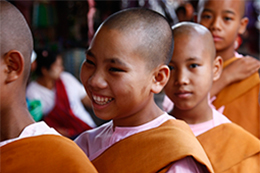 In Myanmar, 90% of the population is now Buddhist since Buddhism was introduced from Sri Lanka in the 11th century. Even Buddhism, which is called as "Mahayana Buddhism" and primarily believed in Japan and China, was actually translated into Chinese in the process of being transferred from India, various interpretations have been also added by the time and Buddhism also changed. On the other hand, "Azabu Buddhism (Hidekazu Buddhism)" which is transmitted to Myanmar is a very strict Buddhism which only allows the salvation to those who train. When you go out and become a priest, you must follow various precepts such as "Do not kill living things" "Do not drink alcohol." For that reason, it is sometimes said that Myanmar is faithfully keeping the teaching way that was preached by Buddha

The sophisticated culture and national character in Myanmar Buddhism is said to be a very friendly and courteous culture even from a global perspective. Indeed, the work of nursing that supports people is in harmony with that culture of Myanmar. The provision of services harmonized with these cultures will enable elderly people using the service to live with peace of mind and create a rich society where people can support each other. 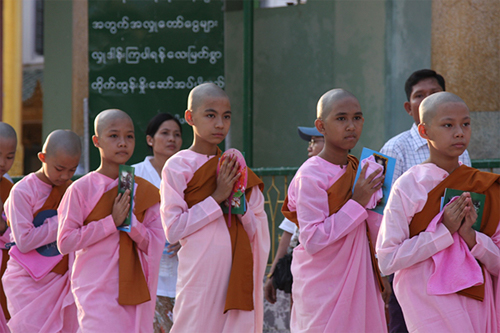 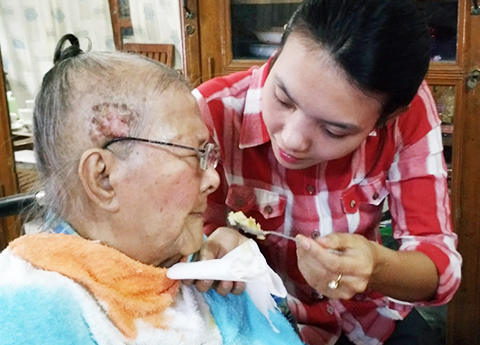 In Myanmar country, the number of health care workers is remarkably low, and the training of medical assistance personnel called care giver is the key to future medical development. 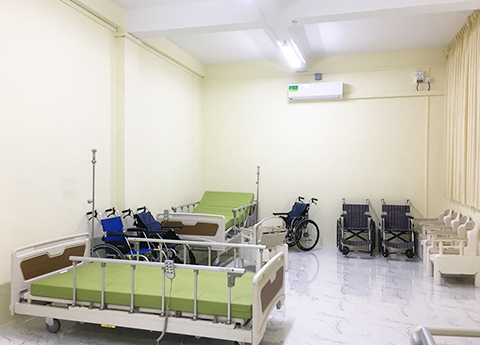 In order to raise Myanmar's nursing care and medical technology, it is necessary to have a framework to produce high-quality teachers. 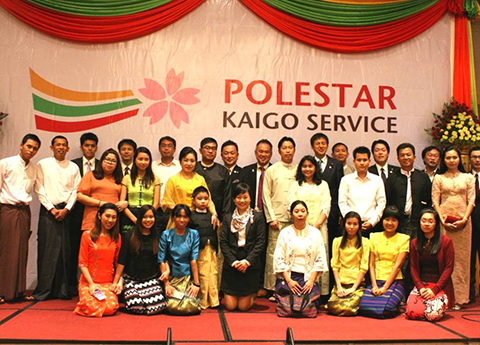